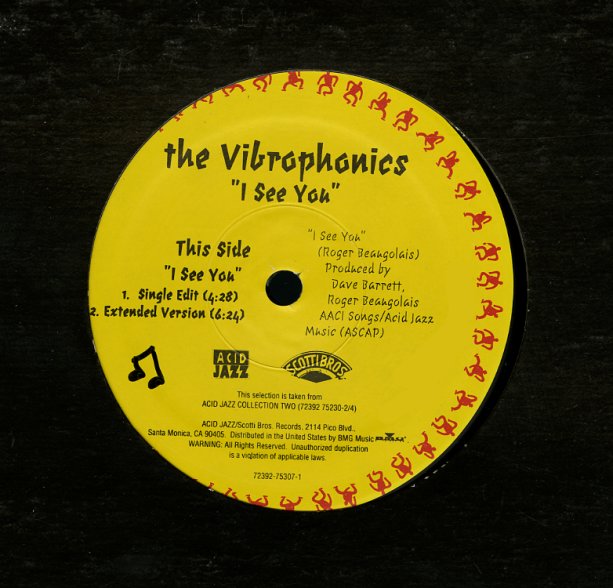 US single from the early days of the short-lived Acid Jazz/Scotti Brothers alliance – more house than the UK version of the movement, but still pretty nice overall, with a smooth jazzy beat on both tracks.  © 1996-2021, Dusty Groove, Inc.
(In the printed sleeve.)