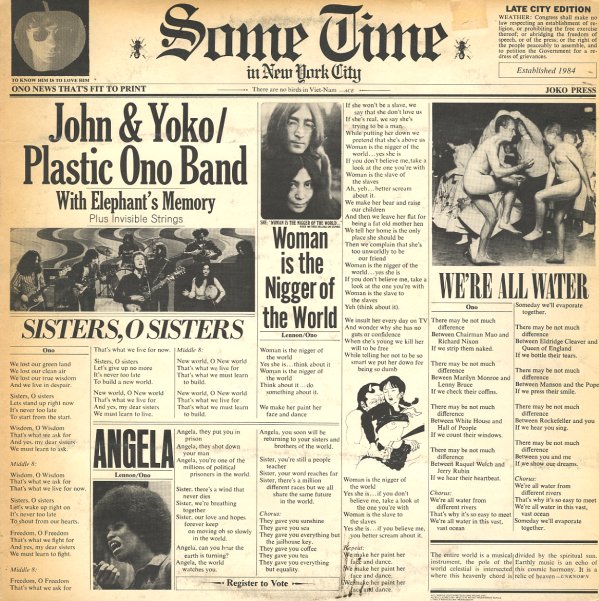 Some Time In New York City

The most polarizing of John Lennon's post Beatles ouvre – the strident, Spector-produced, sprawling mess that is Some Time In New York City – a record that has too much of every idea John & Yoko had at the time, which makes it all the more fascinating after all these years! Angry, self-righteous and quite often brilliant – feminist anthems backed by Wall Of Sound pop, an ode to John Sinclair in the mold of a country rock tune – wild stuff from a superstar! Include "Woman Is The Ni**er Of The World", "Sister, Oh Sister", "Sunday Bloody Sunday", "Attica State", "New York City" and more.  © 1996-2020, Dusty Groove, Inc.
(US pressing with Bell Sound stamp, including the printed inner sleeve. Cover has some heavy wear at the top seam.)

Ass
Apple, 1973. Very Good+
LP...$9.99
A rawer Badfinger emerges on Ass – self-produced with a no frills vibe that was apparently something of a controversial way for the boys to record at the time, as Apple initially rejected it. It sounds like great rock & roll to us! Sweet melodies and tuneful songs are still the order of ... LP, Vinyl record album