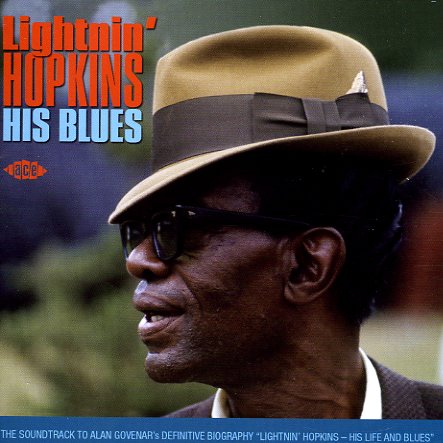 A hugely sprawling 2CD collection of spanning the career of the incredible Lightnin Hopkins – from his most beloved years from the late 40s to late 50s – and a quite wonderful collection of numbers from the 60s after he had captured the hearts of the young, idealistic folk crowd of the era! Disc one focuses on the years 1947 to 1959 – wonderful, wonderful solo blues recordings that are justifiably revered to say the least. Titles include "Lightin's Boogie", "Coffee Blues", "Moanin Blues", "Highway Blues", "The Foot Race Is On", "Hopkin's Sky Hop", "Short-Haired Woman", the previously unissued "Ain't No Monkey Man" and many more. 26 tracks on disc one. Disc two covers the 60s, when Lightin was recording for Fire, Bluesville, Jewel and other labels. Nice picks from the later years, including some live numbers. Includes "Mojo Hand", "Ida Mae", "I Got Tired", "Sinner's Prayer", "Slavery Time", "Tom Moore Blues", "Up On Telegraph Avenue" and many more.  © 1996-2021, Dusty Groove, Inc.