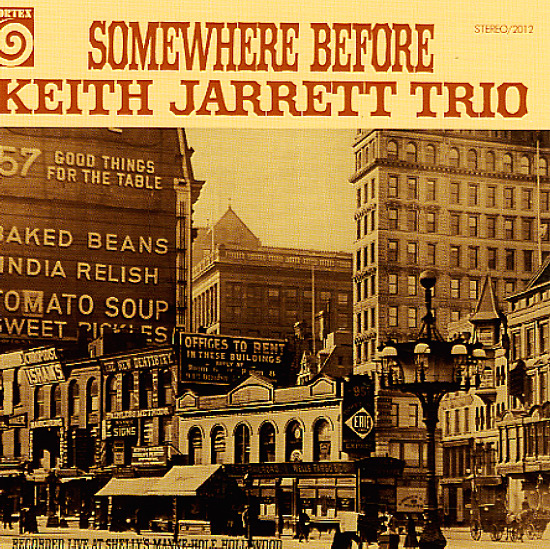 A wonderful illustration of the inherent sense of beauty in Keith Jarrett's early work – an approach to piano that was simple, straightforward, and marked by a ringing sense of tone that's evident in the very first note of the set! Jarrett here isn't trying to break any rules in jazz piano, nor is he trying to go out of his way to make the world known of his presence – and instead, he's got a simple, subtle approach to the keys that's filled with tenderness and gentle tones – but not in a way that's hokey or overly sentimental. There's certainly echoes here of 60s work by Steve Kuhn, and of earlier records by Vince Guaraldi – but Jarrett also hints at a bold power underneath that seems likely to break out at every turn. The album's a live recording, with Charlie Haden on bass and Paul Motian on drums – and titles include "A Moment For Tears", "Pout's Over", "My Back Pages", "Pretty Ballad", "Moving Soon", "Old Rag", and "Dedicated To You".  © 1996-2020, Dusty Groove, Inc.
(Original Vortex pressing. Cover has some burn marks on back from a shrinkwrap machine.)