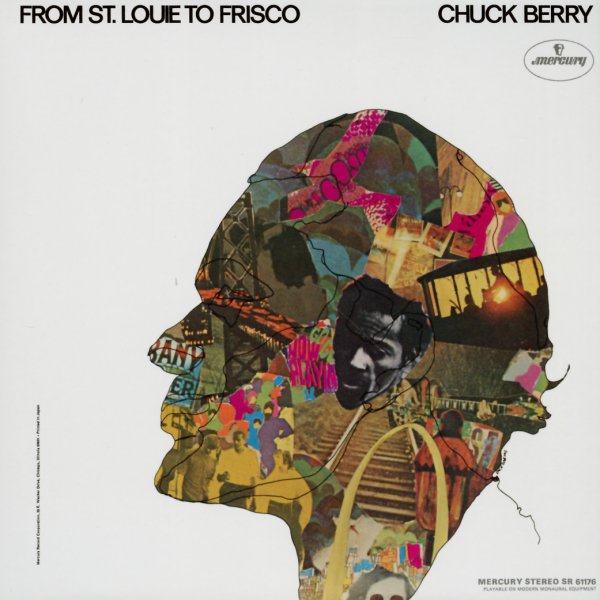 From St Louie To Frisco

The title might say "Frisco", but the album's a real back-to-basics record from Chuck Berry – produced by the man himself, with a lean, stripped-down vibe that almost goes back to his earlier work at Chess Records! There's definitely a few 60s soul currents in the mix, but in the best way possible – helping Berry mature his sound a bit, but without turning it towards any easy crossover gimmicks – which means that there's still a lot of bluesy elements at the core, and Chuck's charms really come through on both his vocals and guitar. Titles include "Louie To Frisco", "Ma Dear", "The Love I Lost", "Rock Cradle Rock", "Misery", and "I Can't Believe".  © 1996-2021, Dusty Groove, Inc.
(Cover has a small cutout hole.)

She Works Hard For The Money
Mercury, 1983. Near Mint-
LP...$7.99
One of the last great pop records from Donna Summer – thanks to super huge radio and video play for the title cut – and to a huge amount of tuneful tracks put together by producer/arranger Michael Omartin! By this point, Summer isn't trying to fool anyone that she's a deeper soul ... LP, Vinyl record album

LA Boppers
Mercury, 1980. Very Good
LP...$8.99
Sublime work from this jazzy harmony combo – a really unique group who took older vocal modes and fused them onto tight modern soul grooves! This set may well be the best-ever from the group – a perfectly produced album done with Augie Johnson of At Home Productions – with a ... LP, Vinyl record album

Ice On Ice
Mercury, 1969. Very Good+
LP...$11.99
Killer stuff – as Jerry's getting the full early Philly treatment here, with arrangements by Thom Bell, Bobby Martin, and Roland Chambers, and production by a young Gamble and Huff! The sound isn't nearly as icy as the old Vee Jay days – but that's fine with us, as Jerry is nice and ... LP, Vinyl record album

Look What You're Doing To The Man
Mercury, Early 70s. Near Mint-
LP...$9.99
A great early soul set from Melba Moore – recording here as a much more righteous vocalist than on her previous theater performances in Purlie and Hair! The album's got a solid feel all the way through – one that really sets Moore on the right path in this side of her career, in ways ... LP, Vinyl record album