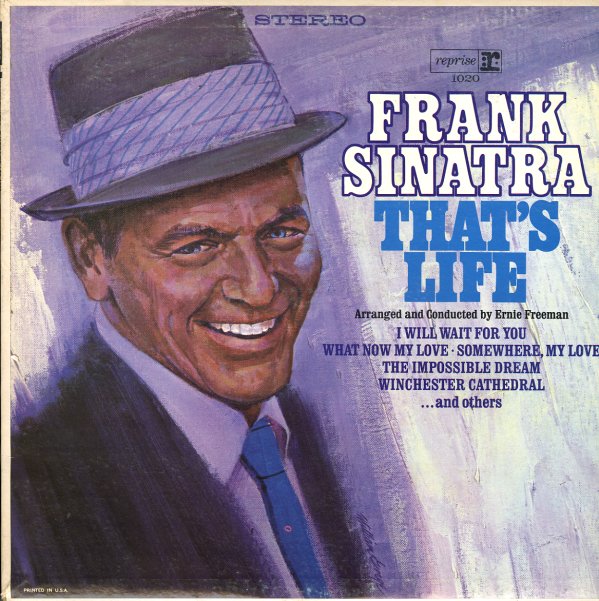 Sweet arrangements from Ernie Freeman – who gives Frank Sinatra that great little bounce that made the title hit, and so many other 60s tunes, so great! Titles include "That's Life", "Sand & Sea", "What Now My Love", "Tell Her", "Give Her Love", and "I Will Wait For You".  © 1996-2022, Dusty Groove, Inc.
(Mono tri-color label pressing. Cover has a bumped corner and small split at the bottom right.)