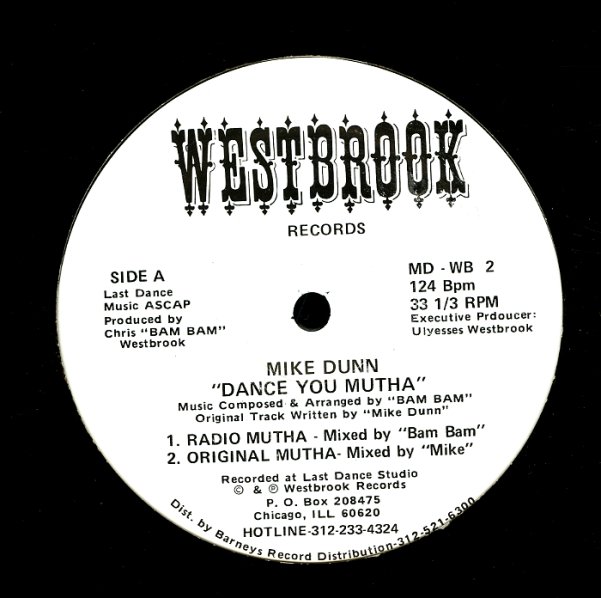 (White label pressing with blue text. Labels have some marker.)