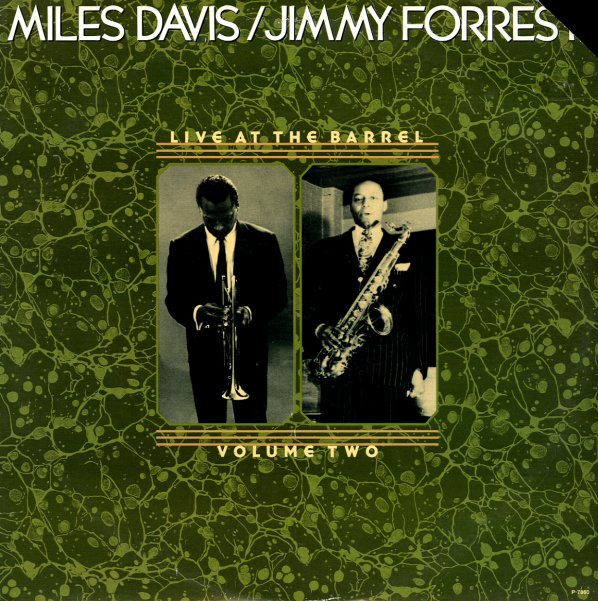 Live At The Barrel Vol 2

An amazing meeting of two very different players who might not normally record together – although maybe not as much of a surprise, given that the set was recorded in the St Louis home turf of both Miles Davis and Jimmy Forrest! At the time, Miles was already a star, but Jimmy was becoming a hell of a tenor player – one that seems to have more of a bop affinity here than on later records – blowing head to head with Davis, and really stretching out on long solos throughout. The rhythm section features Charles Fox on piano, Johnny Mixon on bass, and Oscar Oldham on drums – and titles on this second volume include "Perdido", "All The Things You Are", "Lady Bird", and "Our Delight".  © 1996-2021, Dusty Groove, Inc.
(80s pressing. Cover has a cut corner.)