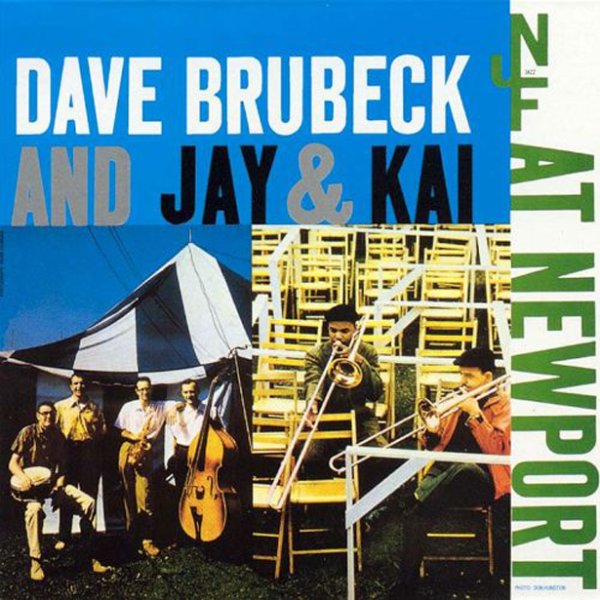 Captured in performance at the 1956 American Jazz Festival in Newport, RI. Brubeck plays with his quartet, with Paul Desmond on saxophone, Norman Bates on bass, and Joe Dodge on drums; and Johnson and Winding are accompanied by Dick Katz on piano, Bill Crow on bass, and Rudy Collins on drums.  © 1996-2021, Dusty Groove, Inc.
(Mono 6 eye pressing with deep groove. Cover has light wear and aging, 2 inch split in the top seam, and a small sticker spot.)