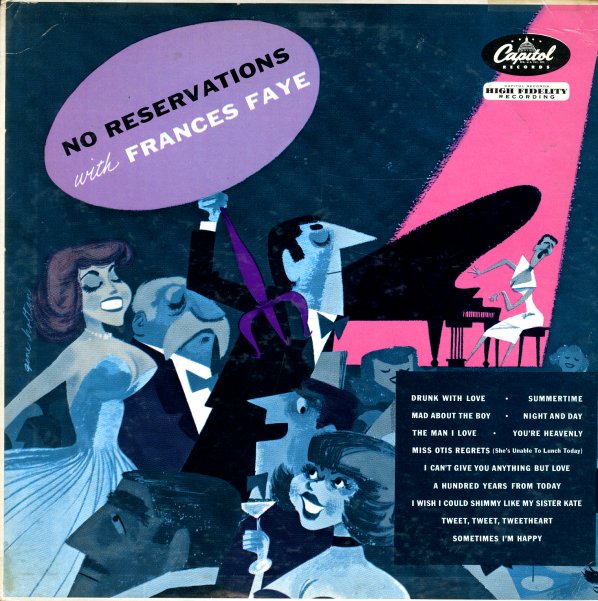 No Reservations is quite an unusual little set for the time – as it's a bit looser and less structured than most other vocal dates – very much in the spirit of Faye's famous performances in clubs, with a gritty, personal approach to the music that's really great. The orchestrations are relatively loose – often holding back to let Faye lead the way on vocals and piano, as she steps up and moves back her level of energy in some very unusual interpretations of the tunes. 12 titles in all, including the striking original "You're Heavenly", plus "Mad About The Boy", "Drunk With Love", "The Man I Love", "Night & Day", "A Hundred Years From Today", and "Miss Otis Regrets".  © 1996-2021, Dusty Groove, Inc.
(Turquoise label pressing. Cover is very nice overall, but has a small bit of clear tape in one corner.)