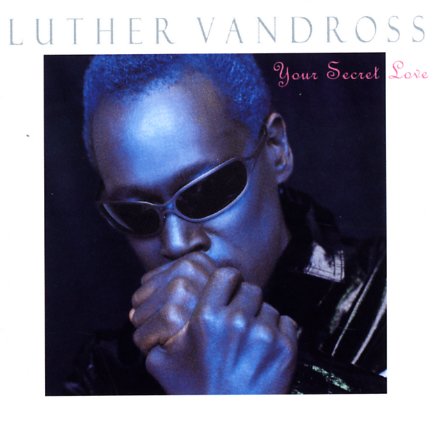 Nothing secret about Luther Vandross at this point in his career – as the album's part of his huge mainstream run in the 90s – with a strongly crossover sound to match! At points, the record verges on adult contemporary themes and backings – but Luther's vocals remain solidly soulful throughout – sometimes with a hint of cliche, but if so, only the sort of cliches that other singers were copping from the original Vandross groove. Titles include a remake of "Goin Out Of My Head", "This Time I'm Right", "Knocks Me Off My Feet", "Too Proud To Beg", "Crazy Love", "Your Secret Love", and "It's Hard For Me To Say".  © 1996-2022, Dusty Groove, Inc.
(Out of print.)