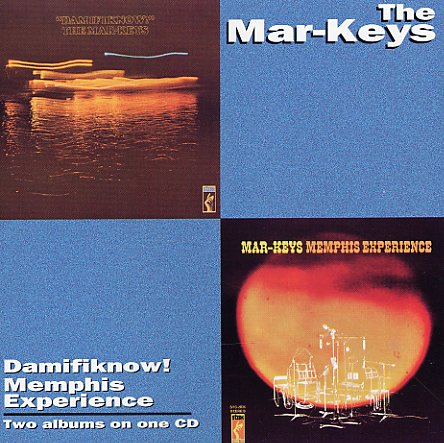 A great bit of Memphis funk from the 70s! The 60s version of The Mar-Keys was more of a rocking instrumental group – but the 70s version has a much harder sound, and a lot more of a tendency to funk things up. This album features them running through instrumental versions of a number of older Memphis soul hits – like "Soul Man" or "Heads or Tails" – plus some tasty original numbers, like "Black", "One With Sugar", and "Coffee Cup". All tracks have a horn-heavy sound with a nice deep bottom – and plenty of good work on the guitar!  © 1996-2021, Dusty Groove, Inc.
(Out of print.)

Stax Instrumentals – Previously Unissued Tracks
Stax/Ace (UK), 1960s. Used
CD...$12.99
25 rare tracks from the Memphis scene – 60s instrumentals by The Mar-Keys and Booker T & the MGs that have never been issued before! The Stax label is well known as the home to a wealth of famous soul singers – including Rufus Thomas, Otis Redding, Sam & Dave, Isaac Hayes, and ... CD

Heard Ya Missed Me, Well I'm Back
CBS/Sony (Japan), 1976. Used
CD...$18.99
Sly Stone's looking like a one-man band on the cover, but the album's definitely got the full-on collaborative vibe of his early records with the Family Stone! The main man himself has plenty of charm, and still has that wonderful ear for a sharp-tinged funky cut – but he's also working in ... CD