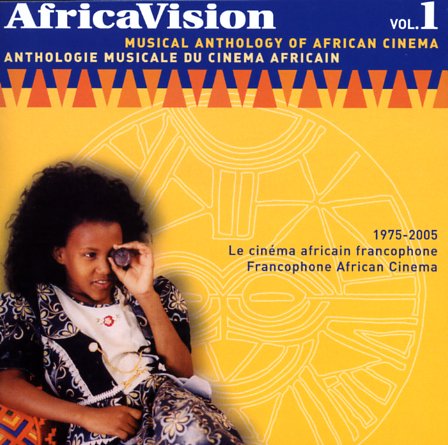 An ambitious anthology of music from African films of many styles – featuring a variety of material that stretches as deep as the subject matter – covering films from 1975 to 2005! The sound quality is crisp and impeccable – and the stylistic breadth is quite wide! Many of the tracks feature the clapping and thumping percussion, and gorgeous vocals you'd expect, both solo and choral – but the far-reaching compositions and melodies really make this an interesting listen. Musicians involved include percussion/drummer Mokhtar Samba, Senegalese kora player Lamine Konte, eclectic Franco-Senegalese composer Patrice Gomis, author/composer/singer Francios N'Gwa and many more! 19 tracks in all: "Ouaga Saga" by Mokhtar Samba", "Bako" by Lamine Konte, "Oghendo" by Francois N'Gwa, "Donka" by Marc Herouet, "Maaya" by Amity Neria, "Sababu", Ray Lema, "Brakka, I Am Calling From Africa" by So Kalmery, "Arrivee A Cotonou" by Marianne Entat, "Voyages" by Loy Ehrlich, "Pet A Tetit" by Jean Odoutan and more!  © 1996-2020, Dusty Groove, Inc.