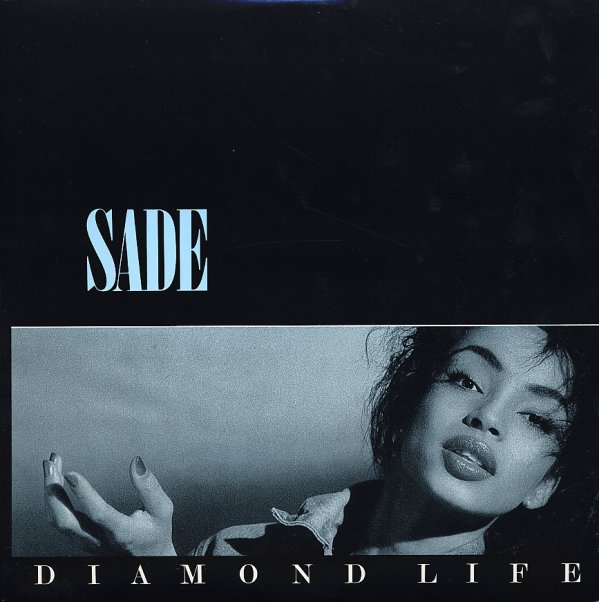 Think what you want – we think this is a damn great soul album! Sure, the record was a crossover classic that got played to death back in the 80s – but give it a listen now, and you'll be stunned to hear how fresh it sounds, and how much it reminds you of all the British soul acts that sprung up in the years after it was released. We're not saying that Sade had a direct influence on groups like Soul To Soul or Brand New Heavies – but this album's strong commitment to acoustic musical styles and real jazz playing made it a real standout in the often-tinny world of 80s chart soul, and a harbinger of the later return to warm soul styles that would be spurred on by other groups from the UK. Plus, Sade's vocals are incredibly well-wrought, and are the perfect vehicle to deliver songs like "Frankie's First Affair", "Hang On To Your Love", "Your Love Is King", and the seminal 80s slacker dancefloor anthem, "When Am I Going To Make A Living".  © 1996-2022, Dusty Groove, Inc.

Love Deluxe
Epic (UK), 1992. Used
CD...$1.99 3.99 (CD...$3.99)
Sade's last LP from the early 90s before she went into her brief recording and performing hiatus. Like the preceding records, the approach is heavy on the jazz side of things, with a crisp, spare touch on the production and a wonderfully soulful feel to the songwriting. At this point she no ... CD

Love Deluxe
Epic, 1992. Used
CD...$3.99 (CD...$1.99)
Sade's last LP from the early 90s before she went into her brief recording and performing hiatus. Like the preceding records, the approach is heavy on the jazz side of things, with a crisp, spare touch on the production and a wonderfully soulful feel to the songwriting. At this point she no ... CD

Lovers Rock
Columbia, 2000. Used
CD...$1.99 4.99
It's been 8 years since Sade's last album, but rest assured, she's still pretty much the same! Her vocals are as lovely as ever – with that indescribable floating quality that always sends us, no matter how many times we've heard her songs on the radio. The production is slightly different ... CD