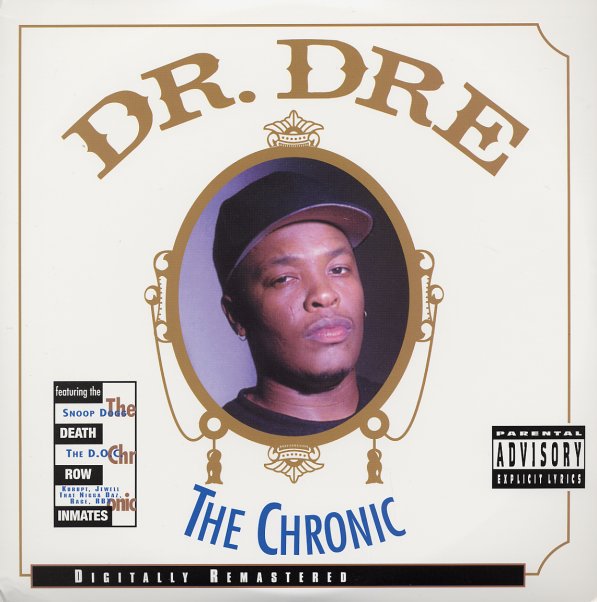 We're the first to admit, we've taken a few shots at Dre over the years on these pages, but there's no denying his impact on hip hop, and that he's probably the producer with one of the longest and most solid careers. We're not pretending this album's any kind of landmark as far as mic skills are concerned, but it's a classic nonetheless. For better or worse, this LP was the template for too many pale imitators, but taken on its own, stands up to the test of time, whiny keyboards and all. 16 tracks in all, counting the interludes, including "F**k wit Dre Day", "Let Me Ride", "Nuthin' But A G Thang", "Lil Ghetto Boy", "A N**** Witta Gun", "B!tches Ain't Sh!t", "The Chronic", "Deeez Nuts", "Stranded On Death Row" and more.  © 1996-2023, Dusty Groove, Inc.
(Out of print.)