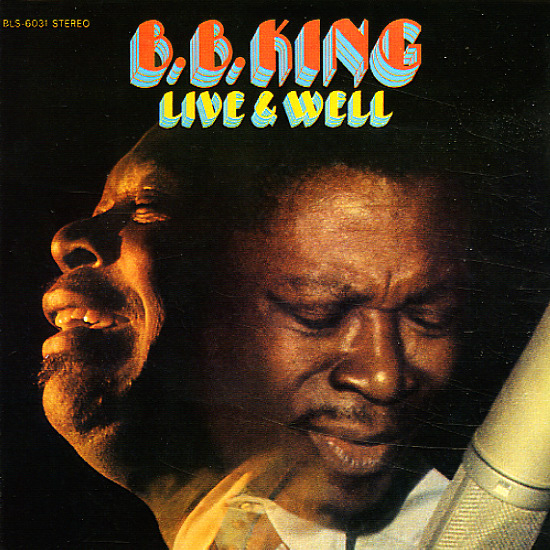 BB King not just live, but well-recorded in the studio too – in this classic ABC set that showcases both sides of his talents! Side one is the live set – and it's arguably better than any of the previous other concert recordings he did for the label – with a tighter, moodier feel that's almost more small club – with backing from a combo that features Charlie Boles on Hammond, Patrick Williams on trumpet, and Lee Gatling on tenor. Live titles include "Just A Little Love", "Sweet Little Angel", "Don't Answer The Door", and "Please Accept My Love". Side two is studio material, with some mighty sweet arrangements by Johnny Pate that almost bring a bit of funk into the mix at times – particularly on the drums which really groove things along! Herbe Lovelle handles the drum kit, and overall things are leaner than any previous Pate work with King – nice and raw, on cuts that include "I Want You So Bad", "Friends", "Get Off My Back Woman", and "Why I Sing The Blues".  © 1996-2022, Dusty Groove, Inc.
(Cover has light surface wear.)

Call On Me (Bluesway pressing)
Duke/Bluesway, 1963/1973. Near Mint-
LP...$19.99
One of Bobby Blue Bland's best albums ever – a stunning mix of blues and soul that's the kind of killer stuff that will make you a fan of his forever! There's no beating Bland at this point in his career – and the record is one of the finest illustrations of the power he brought to his ... LP, Vinyl record album