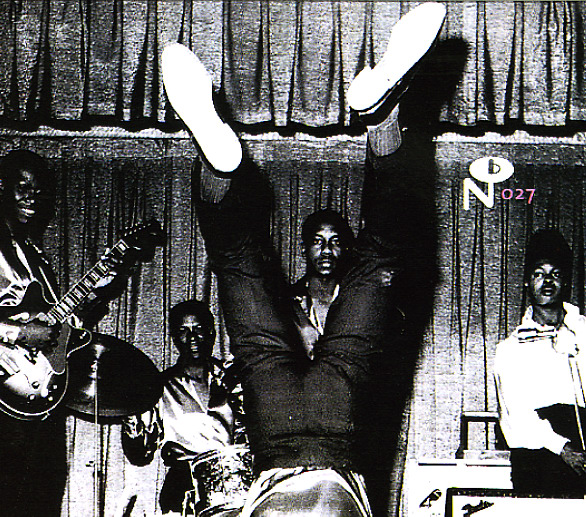 Funky soul from Witchita, Kansas – an unlikely locale, but home to some really great music – courtesy of the Smart brothers, and their ultra-hip club! This wonderful entry in the Eccentric Soul series from Numero really brings that lost scene to life – telling the tale of the brothers, their club, and some of the wickedly funky artists that graced their stage – a host of obscure groups, singers, and instrumentalists who really made Kansas cook, back in the day! The groove here is plenty darn hard – as raw as some of the best funky 45s you might find from points north, warmed up with occasional southern soul elements – and always produced with rough-and-ready vibe that gets to the heart of the grit right away. The set comes with a beautiful 28 page booklet – filled with vintage photos, in support of the Smart story, told by Dante Carfagna and Rob Sevier – but even without this added feature, the CD itself would be wonderful – essential listening for fans of all things funky! Titles include "Herbie's Bag" by John Smart's Band, "Mercy Baby" by Tim Jacob, "Dedicated To You" by Hard Road, "Let Me Be Your Christmas Toy" by Chocolate Snow, "Smart" by Smart Brothers, "I Was Made To Love Her" by Theron & Darrell, "I'm Not Ashamed" by Baby Neal & The Smart Brothers, "Everybody Needs Somebody" by LT & The Soulful Dynamics, "Don't Hate Let's Communicate" by Kenneth Carr with John Smart's Band, "It's Your Love" by Theron & Darrell, and "Let It Be" by Chocolate Snow.  © 1996-2020, Dusty Groove, Inc.

Don't Stop – Recording Tap
Numero, Early 80s. New Copy
CD...$7.99 19.99 (CD...$5.99)
Not much of a cover photo, but one of the most amazing collections so far from the Numero Group – a richly archival project that finally brings to light the lost efforts of the short lived Tap Records label! Tap was the brainchild of Jeremiah Yisrael – an ambitious producer, and ... CD