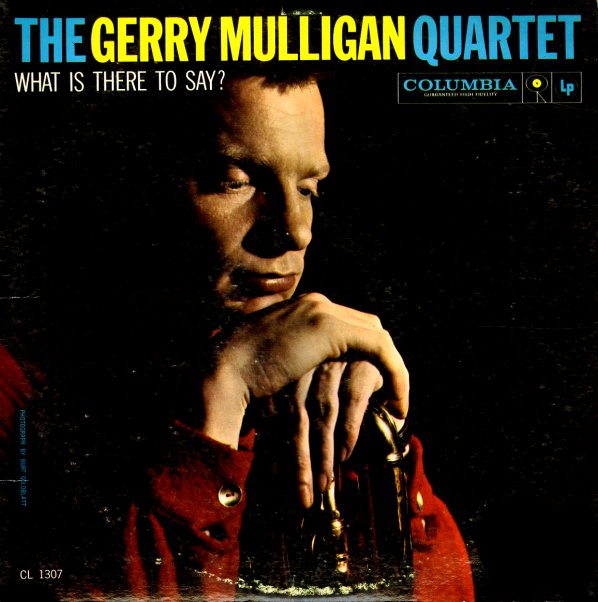 A beautiful pairing of the baritone of Gerry Mulligan and the trumpet of Art Farmer – brought together wonderfully in this piano-less session that has both players effortlessly carving lines in the open space of the studio. Rhythm is by the team of Bill Crow on bass and Dave Bailey on drums – both of whom snap along a harder groove than you'll hear on most of Mulligan's mid 50s work – making for a set that's got as much going on at the bottom as it does at the top, in a way that allows Gerry and Art to concentrate on lyrical interplay while the rhythms open up. Titles include "Utter Chaos", "Blueport", "What Is There To Say", "Festive Minor", and "As Catch Can".  © 1996-2021, Dusty Groove, Inc.
(Mono 6 eye pressing with deep groove. Cover has light wear, a split bottom seam and a lightly bumped corner.)

Walk On The Water
DRG, 1980. Near Mint-
LP...$4.99
Mulligan plays with his orchestra, with featured soloists including Keith O'Quinn on trombone, Mitchel Forman on piano, Mike Bocchicchio on bass, Barry Ries and Tom Harrell on trumpet, Gerry Niewood and Ken Hitchcock on alto, and Gary Keller on tenor. LP, Vinyl record album

Arranger
Columbia, Late 40s/1957. Near Mint-
LP...$5.99
Gerry Mulligan material from three different stretches – all featuring his talents as an arranger! The set includes very early sides with Gene Krupa in the mid 40s, work with Elliot Lawrence in 1949, and then Gerry's own work as a leader in 1957! LP, Vinyl record album

Gerry Mulligan & The Concert Jazz Band On Tour – Guest Soloist Zoot Sims
Verve, 1962. Near Mint-
LP...$8.99
A really wonderful collection of live work from Gerry's early 60s Concert Jazz Band – a really forward-thinking large group that was one of Mulligan's greatest accomplishments of the time! In some ways, the ensemble worked in a sound that was like that of Mulligan's small group recordings of ... LP, Vinyl record album

Mainstream Of Jazz
EmArcy, 1956. Very Good-
LP...$6.99
Gerry Mulligan's still far from the mainstream of jazz on this sweet little set – a great date that expands nicely from the mellower styles of the Pacific Jazz years – expanding the group a bit, with some really great results! In addition to Mulligan's usual baritone sax, Gerry also ... LP, Vinyl record album

Gerry Mulligan & The Concert Jazz Band Live At The Village Vanguard
Verve, 1960. Near Mint- Gatefold
LP...$29.99 (CD...$4.99)
A sweet little large group session from Gerry – a bit harder swinging than some of his mid 50s small group work, but still with that mellifluous glide that's the trademark Mulligan sound! Arrangements are by some great talents – including Al Cohn, Johnny Mandel, and Bob Brookmeyer, who ... LP, Vinyl record album