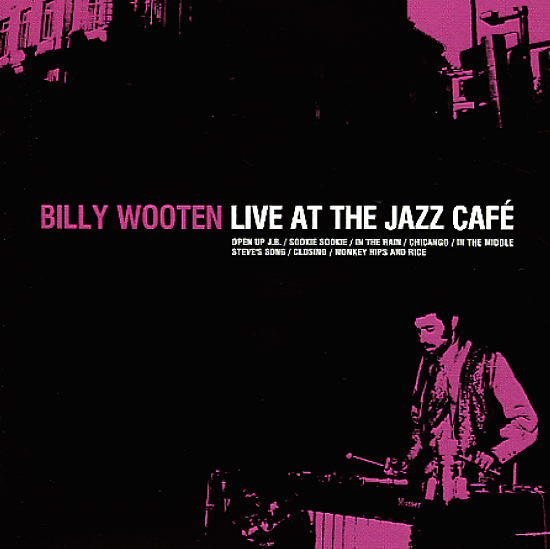 Live At The Jazz Cafe

A killer set of funky jazz from veteran vibes man Billy Wooten – backed by mod funk masters Speedometer – live at the London's Jazz Cafe! The hour + set was captured back in 2003, and the players are in fantastic form, sounding like they've worked together for years. They totally roll with a funky vibe, too, not so much on the gritty side of the sound, but with a deft, controlled energy that's phenomenal. Wooten's vibes out from of guitar, sax trumpet, flute, keys, drums and percussion of the mighty Speedometer. We wish we were there! Titles include groovy takes "Open Up JB (Paarty)", plus "Sookie Sookie", "In The Rain", "In The Middle", "Steve's Song", plus Wooten's "Chicango (Chicago Land)", "Monkey Hips & Rice" and more.  © 1996-2021, Dusty Groove, Inc.