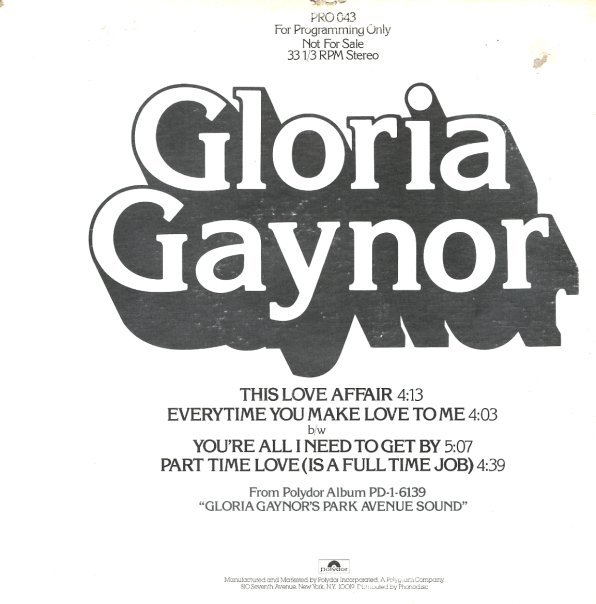 Promo only EP containing 4 songs from the Park Avenue Sound album. Includes "This Love Affair", "Everytime You Make Love To Me", "You're All I Need To Get By", and "Part Time Love (Is A Full Time Job)".  © 1996-2021, Dusty Groove, Inc.
(Cover has some aging and large letters in marker on front and back. Labels have some marker.)