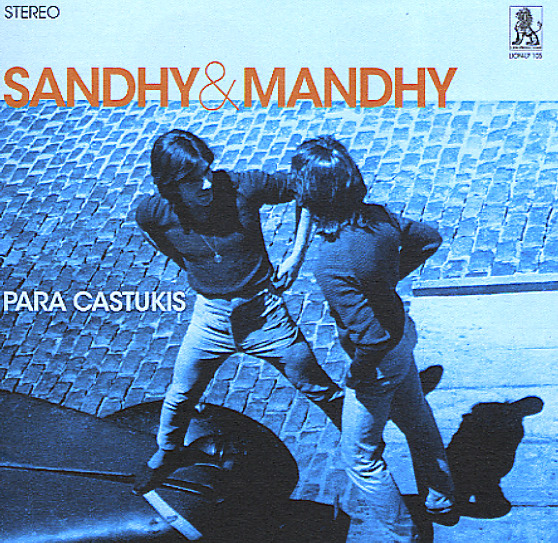 Haunting work from the duo of Sandhy & Mandhy – a pair from the Buenos Aires scene at the end of the 60s, working in a weird mix of beat group styles and hipper rock rhythms! There's a slightly ethereal quality to the work – partly because of the way the pair trade back vocals, partly because of the light organ lines used to support the groove – which brings a haunting Zombies-like quality to the record at times – although produced with a bit simpler sound than Odyssey & Oracle! Most tunes are original, and showcase a surprising depth in songwriting – and some numbers feature some really cool percussion that complicates the sound nicely – pushing the duo past simple pop lines, into some of the headier territory of the late 60s South American scene. Titles include "Yo Te Buscare", "Hasta El Manana", "Lluvia", "La Chica Sola Y Triste", "Quisiera Olvidarte", "Esta Noche No Debes Llorar", and "Recuardo Hoy". Amazing vinyl reissue – very heavy cover and vinyl, and beautifully done overall!  © 1996-2021, Dusty Groove, Inc.