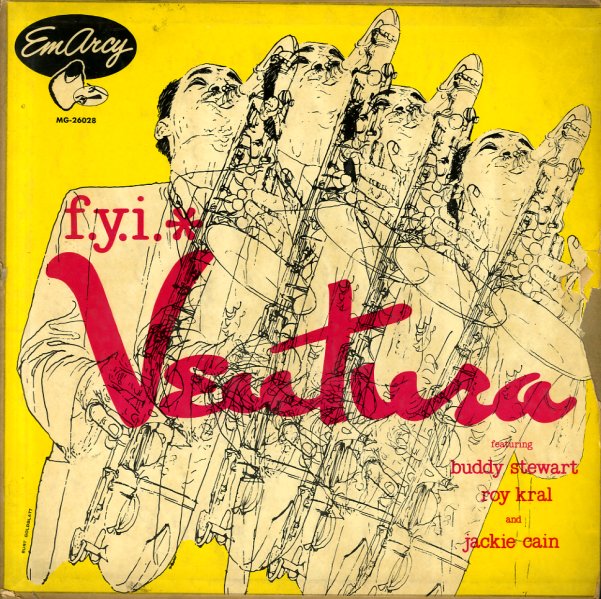 Proof that Charlie Ventura was one of the hippest talents on the tenor of his generation – a sharp-edged batch of tunes that hang perfectly between bop and swing, played with some very cool touches! The lineup features Bill Harris on trombone, Charlie Shavers on trumpet, and Ralph Burns on guitar – plus Jackie & Roy on vocals, scatting wordlessly in these really wonderful ways – bringing in some cool chromatic touches to the music that are completely sublime! Their warmth next to Charlie's horn is a great combination – and titles include "FYI", "Euphoria", "If I Had You", "Stop N Go", "Synthesis", and "Gone With The Wind".  © 1996-2021, Dusty Groove, Inc.
(Blue label drummer logo pressing with deep groove. Cover has wear and aging, with some sooty smudges, and a small split in the bottom seam.)