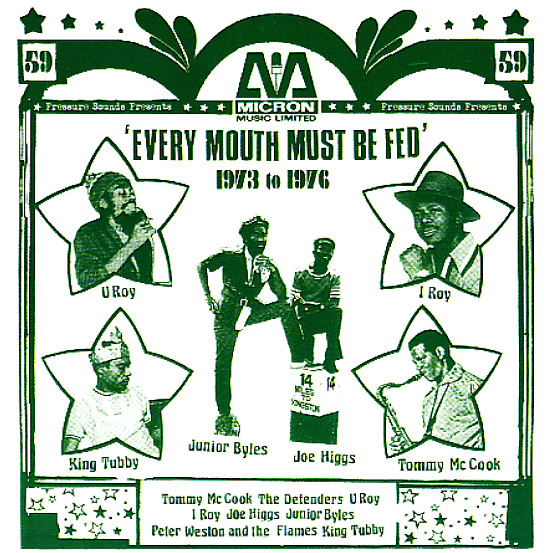 One of the deeper collections we've seen from Pressure Sounds – great stuff and largely overlooked numbers from the vaults of the Micron Music label – with crisply chopping rhythms, steady harmonies, and echoey dub from Junior Byles, I Roy, Bobby Ellis, Tommy McCook and many more! Micron isn't among the more famous Jamaican enterprises of the period but the tunes more than live up to the pedigree of its better known peers – with Pete Weston in the production booth for many of the tunes, and a couple with Bunny Lee and Lee Perry at the controls. There's an impressive range of artists and styles, and a number of tunes that have more than a little bit of Motown sounds in the mix, which we totally love. Titles include "Conference At Waterhouse" by Jah Sticah, "Lorna Banana", "Ain't Too Proud To Beg" and "Last Of The Love Songs" by Junior Byles, "Message From The Top" by I Roy, "Revolution Is For The Chinaman" by Pete Weston & The Flames, "Ska Baby" by Bobby Ellis, "Black Organ" by Blacker Black , "Our Rights" by Defenders, "Tribute To Muhammad Ali" by Tommy McCook and more. 20 tracks in all.  © 1996-2020, Dusty Groove, Inc.