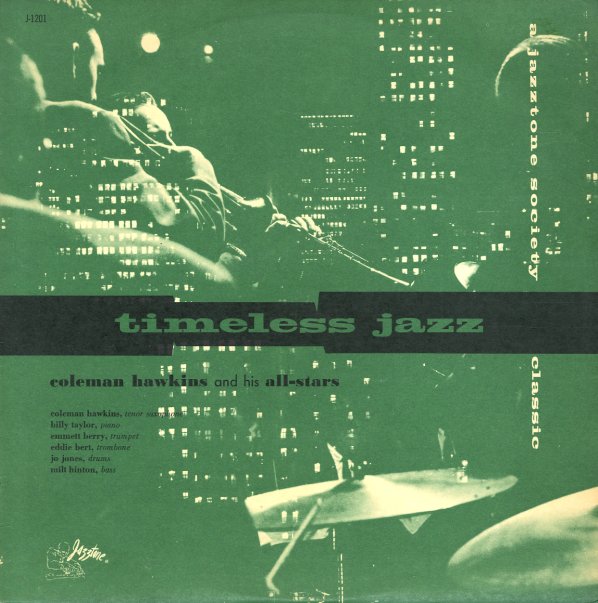 Obscure recordings that Hawk did for the Jazztone label in the mid 50s – sides that were not well packaged at the time, and often get confused with other work recorded for different labels. The tracks capture Hawkins at a wonderful period in his career – almost lost between eras, but playing with a sound and tone that demand immediate attention – and which have a timeless quality that we love even more than his earlier work. There's some slight touches of the modern edge that Hawk would pick up more at the end of the 50s – but mostly, the dominant approach is one that features lush and soulful tenor work – almost perfect, with nary a note out of place! Players include Billy Taylor, Milt Hinton, and Joe Jones on the core group – plus Emmett Berry and Eddie Bert – and titles include "Blue Love", "If I Had You", "Get Happy", "Just You Just Me", "Cheek To Cheek", and "Lullaby Of Birdland".  © 1996-2021, Dusty Groove, Inc.
(Deep groove pressing in the red cover.)