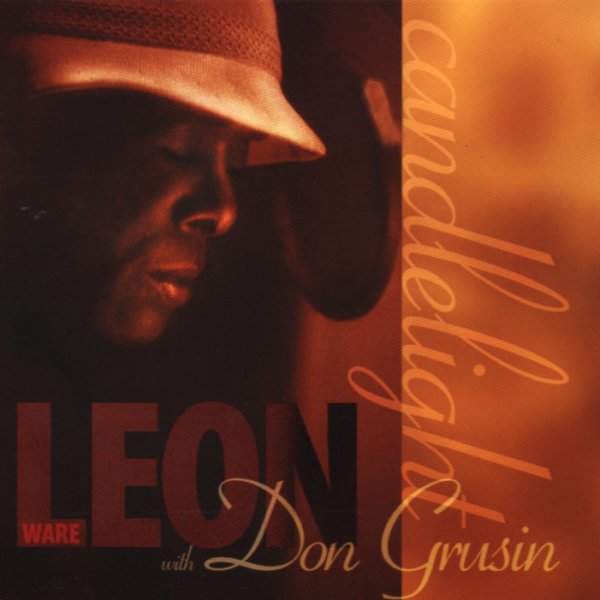 A new album by Leon Ware – and a real departure from his earlier work in the 70s! The album has Leon emerging as a jazz vocalist – singing in a sweet and intimate style that's still very much in the mode of his best work, but working through a host of standards like "Invitation", "How Insensitive", "Round Midnight", "Skylark", "Stella By Starlight", and "My Ship" – as well as 3 new tracks "Equation", "Candlelight", and "Let Go". The backing on the album is quite spare – with Don Grusin on piano and Fender Rhodes, plus some occasional acoustic guitar from Oscar Castro-Neves, and slight touches of bass and percussion. Very nice – and great to see Leon keep growing as an artist!  © 1996-2021, Dusty Groove, Inc.

Blu Blowin' (with bonus tracks)
Capitol/Expansion (UK), 1987. New Copy
CD...$8.99 16.99
Sweet 80s soul from Peggi Blu – an artist who recorded this gem for Capitol Records with hardly any fanfare at the time, but who's gotten plenty of play from the set over the years! Peggi's got a style that's nicely unassuming – a voice that still has all the range and power of the ... CD

Timeless
Expansion (UK), 2002. New Copy
CD...$8.99 16.99
Surprisingly great work from General Johnson & Chairmen Of The Board – a new recording, but with a soulful depth that shows they haven't lost it since the 70s! The General's vocals are as great as ever, with that odd little twinge that always made him one of the most distinctive singers ... CD

Young & Restless (with bonus tracks)
All Platinum/Expansion (UK), 1976. New Copy
CD...$8.99 16.99 (LP...$19.99)
A fantastic sweet soul album – and one of our favorite records ever from the New Jersey soul empire of All-Platinum Records! The set's got a spacey soul sound that's really wonderful – quite different than some of the clubbier modes that other female singers were using at the time ... CD