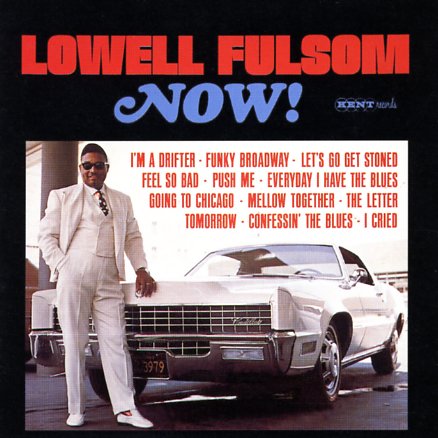 Very nice work from Lowell Fulsom – strongly in the mode of his Tramp album for Kent, with a mix of blues and 60s soul, coming together in a sock-hard style that's much better than a lot of Fulsom's other work for other labels! Arrangements are by Rene Hall and Maxwell Davis – the latter of whom does a surprisingly great job on giving up a sharper edge than we remember in his other work. About half the set's straight blues, but the half that's not is nice and funky – including the "Tramp" follow-up "I'm A Drifter", a nice cover of "Funky Broadway", and the cut "Let's Go Get Stoned". Other titles include "Feel So Bad", "I Cried", "The Letter", "Tomorrow", and "Mellow Together". CD features 2 bonus tracks too – "Blues Pain" and "I Wanna Spend Christmas With You".  © 1996-2021, Dusty Groove, Inc.