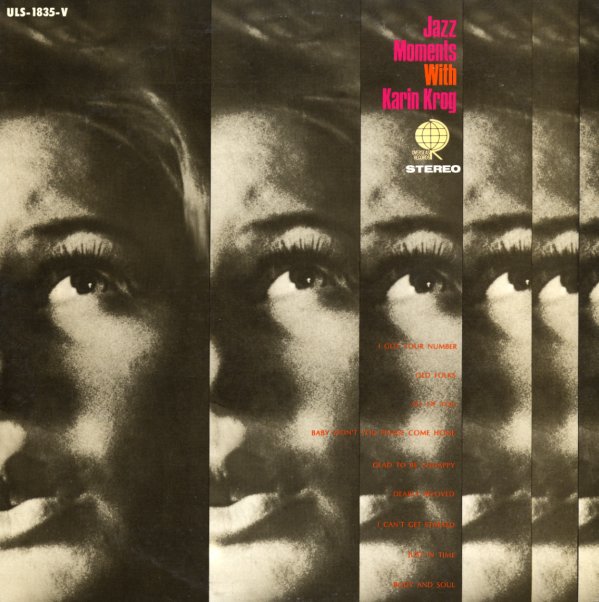 Incredible early work from vocalist Karin Krog – a mid 60s session, but one that already shows that she was thinking farther than most other singers of the time! The timings on the tunes are quite unusual – a bit like those used by Sheila Jordan in the 60s, but often even more personally pointed – in a way that makes even familiar tunes come across as if they're spontaneous expressions by Krog. Karin's working here with beautiful small combo backing from a quartet that includes Jan Garbarek on tenor, Kenny Drew on piano, Niels Henning Orsted Pedersen on bass, and Jon Christensen on drums – but the album's also arranged in a wonderful way that often has the vocals hanging out there alone, beautifully unsupported. Titles include "Body & Soul", "All Of You", "Dearly Beloved", "I Got Your Number", "Old Folks", "I Can't Get Started", and "Glad To Be Unhappy".  © 1996-2020, Dusty Groove, Inc.
(Japanese pressing! Cover has some light wear, but is nice overall.)