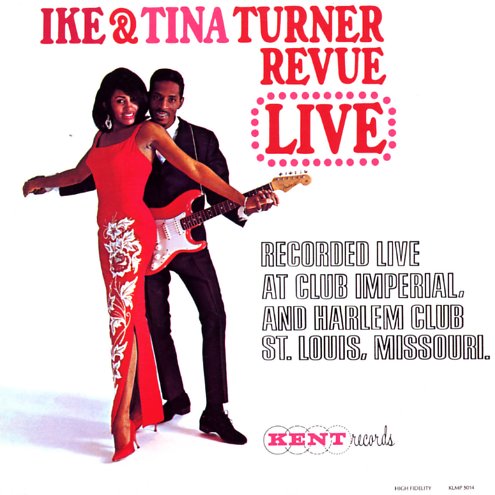 A smoking live set from Ike & Tina Turner – and one that really gives you a rare glimpse at the full picture of the way they were operating back in the 60s! There's a freshly gritty feel to the record that goes way beyond cliches of the pair's later work – Tina clearly in the lead as the front presence of the ensemble, but plenty of great work from Ike leading the band and really wailing at times on guitar! The album was recorded live at Club Imperial in St. Louis – and it features performances by Tina, plus other singers in the "revue", like Stacy Johnson, Vernon Guy, Bobby John, and Venetta Fields. The whole thing's a hard-wailing, hard-rocking R&B set – and it includes the cuts "Please, Please, Please", "Think", "Feel So Good", "I Love The Way You Love", and "I Can't Believe What You Say".  © 1996-2021, Dusty Groove, Inc.