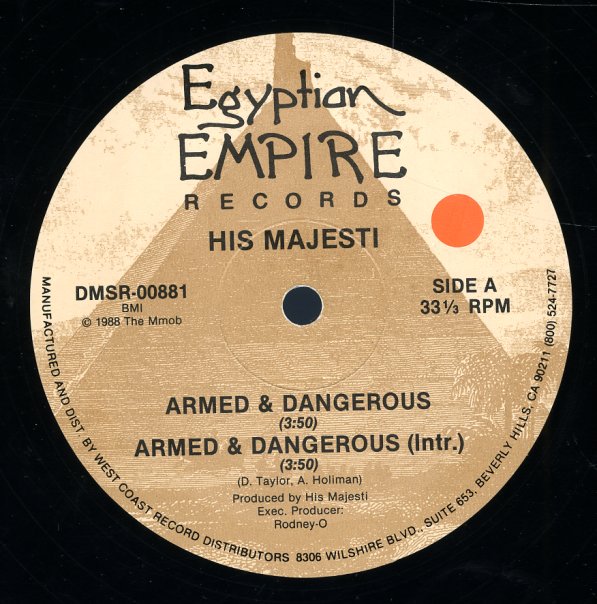 (In an Egyptian Empire sleeve.)