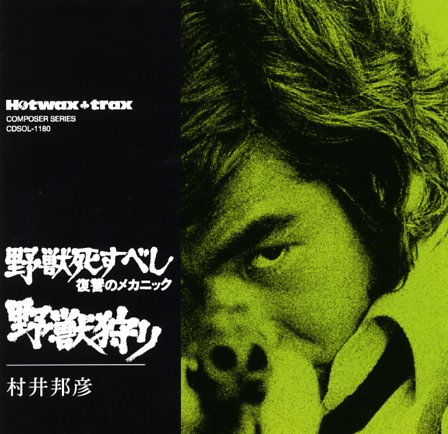 Jazzy soundtrack work from Kunihiko Murai – later known as the producer behind YMO, but here working in a great style that borrows heavily from French and Italian film music modes of the 60s! Instrumentation often includes some great piano and vibes – used in jazz-based ways, but often with a classical undercurrent – especially in the mix of styles that was coming out of the Paris scene in the 60s. Strings occasionally come in, but never in a sleepy way – and usually to underscore the jazzier instrumentation with a slight sense of depth and color. The second film here brings in a bit of electric guitar and some slightly funkier moments that step along with a bit of wah wah guitar – and a few of the best cuts in that score have qualities that we'd rank right up there with better-known soundtrack funk of the period! As with all Ultra Vybe titles, the notes and titles are all in Japanese – but like the rest of them, this one's a true treasure for fans of soundtrack music – and the kind of a set that we'd never discover otherwise.  © 1996-2020, Dusty Groove, Inc.