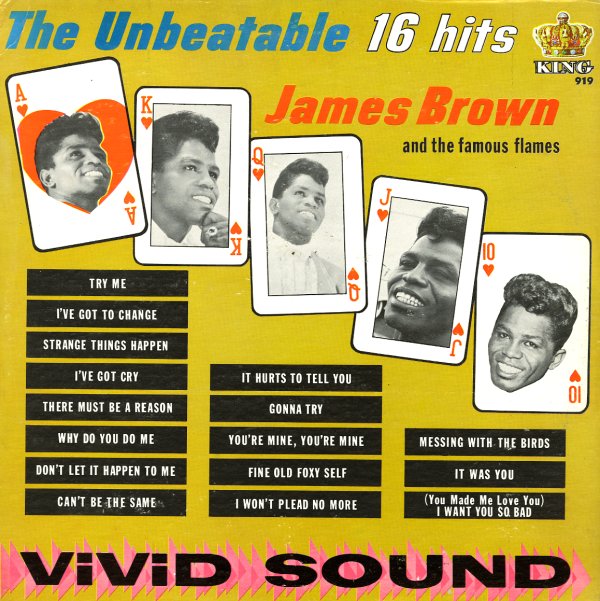 One of those excellent King albums from James that features a wide range of tracks, done in a wide range of styles – including some wonderful obscure numbers that go way past the "hits" promised in the title. The groove runs from sad ballad soul to heavy instrumentals – and titles include "Messing with the Blues", "Fine Old Foxy Self", "Try Me", "Got To Cry", "I've Got To Change", "Strange Things Happen", "There Must Be A Reason", "I Want You So Bad", and "Why Do You Do Me".  © 1996-2021, Dusty Groove, Inc.
(Black label King pressing – nice and clean! Cover has some light wear, but this is a great copy overall.)

Sex Machine
King, 1970. Very Good+ 2LP Gatefold
LP...$33.99
James Brown cooking it live – recorded (as the cover says) "at home in Augusta, Georgia with his bad self"! The groove here is a nice extension of earlier Apollo modes – one that shows the increasing funkiness of the James Brown Band, captured with a raw power that few other ... LP, Vinyl record album

Jealous
Trius/King, 1972. Very Good
LP...$12.99
An obscure little album – but one that's had surprising life in recent years, thanks to a great batch of funky tracks on the set! Little Royal is one of those soul singers who doesn't mind borrowing bits from bigger stars as long as they work well in his act – stepping out like Garland ... LP, Vinyl record album