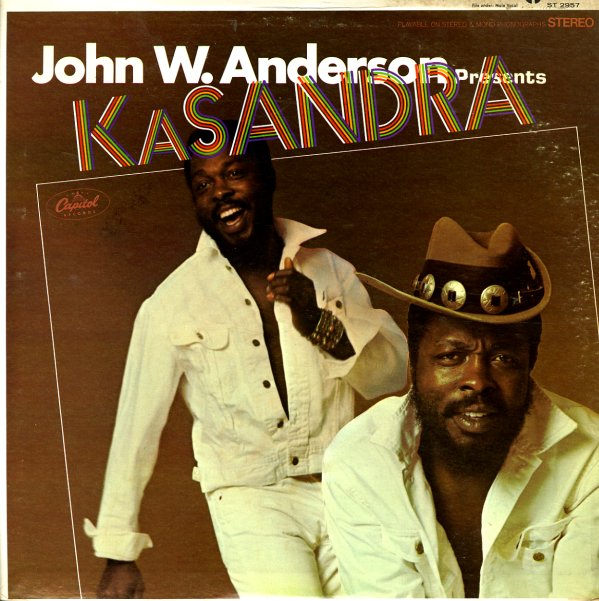 The first of John Anderson's albums recorded under his alter ego of Kasandra – and quite possibly the best! The set is almost more tripped-out than his work on Stax/Respect – arranged and conducted by Shorty Rogers with a style that's late 60s Capitol hip at its best – almost in the HB Barnum/David Axelrod mode used with Lou Rawls, but even groovier overall! Side one begins with the extended cut "Mose", which mixes a hip spoken part with some very cool slow funk instrumentation – and other cuts are lively, upbeat, and almost sock soul – done with righteous themes and lyrics, and plenty of odd instrumental touches that even include some electronics! Other titles include "My Neighborhood", "Don't Pat Me On The Back & Call Me Brother", "Preacher Man", "The Flag", and "If A Storm Wind Blows".  © 1996-2021, Dusty Groove, Inc.
(Stereo rainbow label pressing. Cover has a spot of tape on the top seam, light wear, some aging, and light splash stains.)