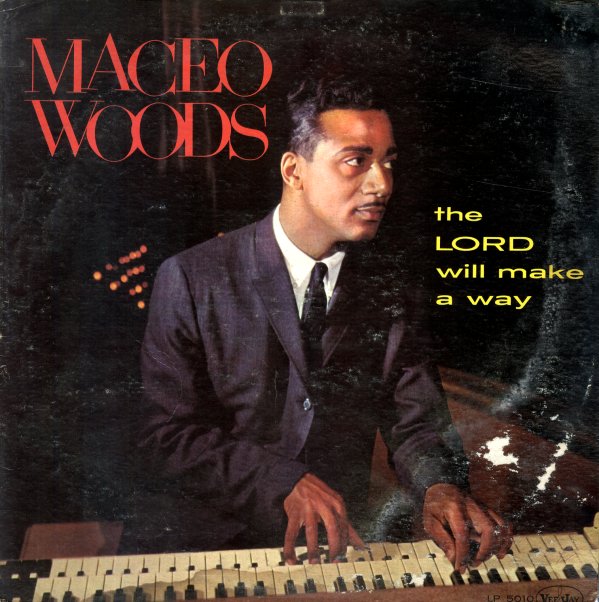 Lord Will Make A Wa

Organ instrumentals from gospel artist Maceo Woods – rare early Vee Jay material that stands as a great link between Hammond jazz and instrumental soul – and which is one of the best examples of the influence on gospel from both genres at the time! Maceo plays here virtually solo – handling all tracks with just the various features of the organ – and usually playing in a spare and mellow style as he makes his way through a range of original numbers and public domain spirituals. Titles include "Last Move", "Sweeping Thru The Pearly Gates", "Peace In The Valley", "The Lord Will Make A Way Somehow", and "Like A Ship That's Tossed".  © 1996-2020, Dusty Groove, Inc.
(Rainbow label pressing with deep groove. Cover has ring and edge wear with half split top and bottom seams.)