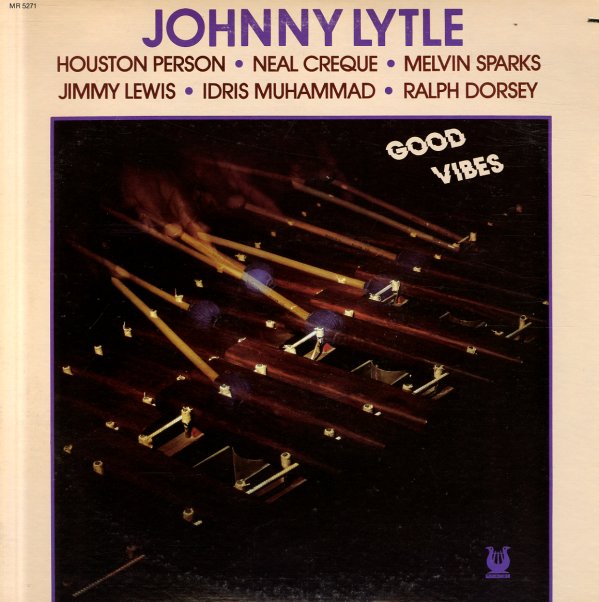 More Johnny Lytle stuff recorded for Muse during his comeback period. This LP features a host of instruments not usually associated with Lytle's standard jazzy vibes style – including electric guitar (played by Melvin Sparks), piano (played by Neal Creque), and an arp synthesizer (which lays down some weak strings on one unfortunate track). The highlights are "After Supper" and a nice reworking of "So What".  © 1996-2021, Dusty Groove, Inc.
(Cover has light wear and a name in marker. Label has a name in marker.)

Done It Again
Pacific Jazz, Late 60s. Very Good Gatefold
LP...$14.99 (CD...$6.99)
Very very very groovy stuff by this masterful jazz vibist, recorded with a sort of late 60s swingin' feel – but still very much in the pocket and warm as a summer breeze! Lytle has a pretty remarkable way of playing the vibes with speed and energy, yet the overall feel still has kind of a ... LP, Vinyl record album