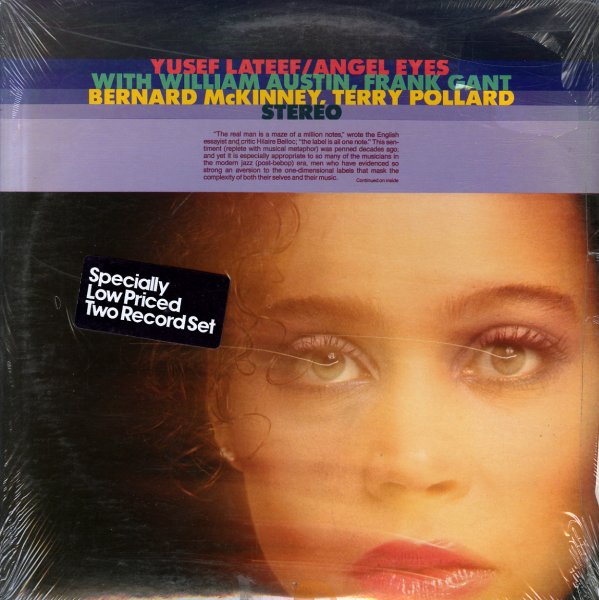 Angel Eyes (The Dreamer/Fabric Of Jazz)

A great album of some of Yusef Lateef's fantastic material recorded for the Savoy label, featuring the great multi-reed player amidst a tight quintet of Detroit players like Terry Pollard on piano, Bernard McKinney on euphonium, Bill Austin on bass, and Frank Gant on drums. This LP collects material recorded at one date, but then subsequently issued on two albums, and presents clear evidence that the Detroit spiritual jazz scene stretched back way before the Tribe records years, and a great document of the blending of in and "out" styles that were taking place in the local scenes of American cities in the post war years. Excellent Lateef material, including "Oboe Blues", "Arjuna", "The Dreamer", "Valse Bouk", "Moon Tree", "Half Breed", "Angel Eyes", "Can't Help Lovin' That Man", "Poor Butterfly" and "Stella By Starlight".  © 1996-2020, Dusty Groove, Inc.
(Cover has a cutout notch.)