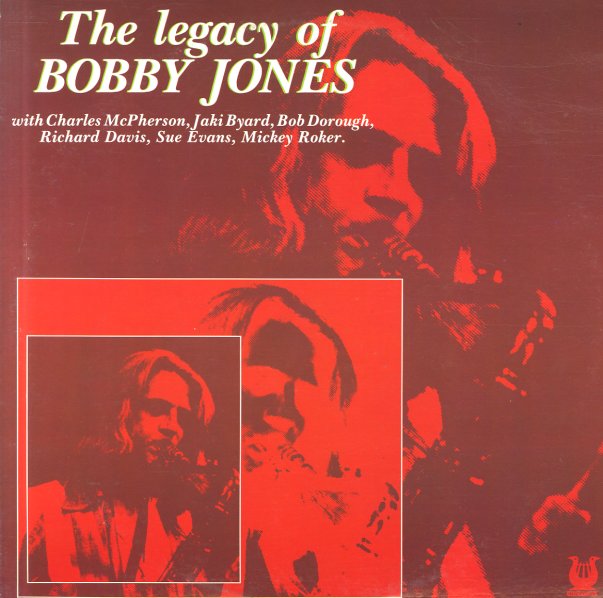 An excellent debut from saxophonist Bobby Jones – an extremely talented player whose work was a big part of the Charles Mingus group in the early 70s – and an artist who works with a surprising sense of soul! The album's got Bobby in a really great lineup – with sensitive backing from Charles McPherson on alto sax, Jaki Byard on piano, Richard Davis on bass, and Mickey Roker on drums – and 2 tracks feature some added whimsicality from Bob Dorough, who plays electric piano, and Sue Evans, who plays an assortment of percussion. Bob plays on the groovy tunes "Stone Bossa" and "Keepin Up With The Joneses" – and other tracks include "Thanks To Trane", "Ballad For Two Sons", "As The Crow Flies", and "Blues For The Brown Buddha".  © 1996-2021, Dusty Groove, Inc.
(Mid 80s white label promo. Cover has a cut corner.)

Bird Lives! (2nd cover)
Muse, 1973. Near Mint-
LP...$7.99
Charlie Parker may live again in the title of this set – but given the strengths of the group, the album would be great even without a reference to Bird! The setting's a bop one, as you'd guess – but there's also a lot more going on here too, given that some of the tunes are longer and ... LP, Vinyl record album

Buddy Tate & The Muse All Stars