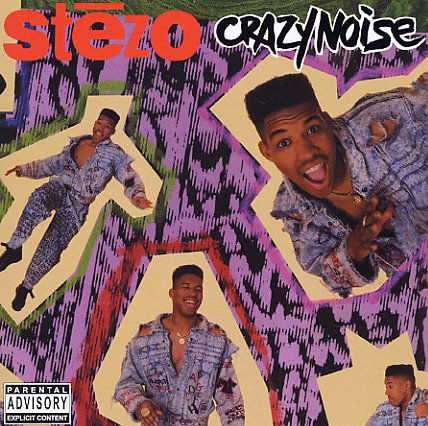 Crazy noise, and a crazy great album from Stezo – really the one and only set that the man ever gave us – but a gem that really represents that great shift in hip hop lyricism in the generation of Rakim, EPMD, and Audio two! The production is wonderful – full of raw samples, but served up with lots of compelling twists and turns – that new sense of freshness in combination that Eric B and others were unleashing on the world, with maybe just a bit of Nice & Smooth sense of humor too! If we're referencing too many folks in this description, it's just our way of staying that Stezo can stand head to head with the best of them – as you'll hear on gems that include "Bring The Horns", "Freak The Funk", "Talking Sense", "It's My Turn", "Getting Paid", "Girl Trouble", "To The Max", "Put Your Body", "Jimmy's Getting Funky", "Crazy Noise", and "Going For Mine".  © 1996-2022, Dusty Groove, Inc.

Desolate One
Fresh, 1989. New Copy
CD...$6.99 14.98 (LP...$23.99)
The second post Mantronik set from the frequently slept on 80s rap genius Just-Ice – featuring production by none other than KRS-One – with a few righteous and ruthless tracks that stand up with the best from the earlier classic LPs! The rugged and raw KRS backdrop serves Just-Ice's ... CD