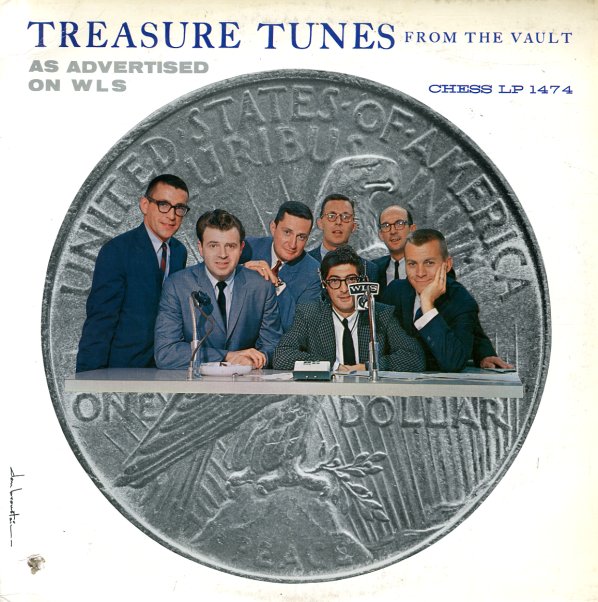 A classic compilation of "oldies", put together back in the day when most of the tunes were only a few years old! The compilation was done by Chess in conjunction with Chicago pop powerhouse station WLS – and it's got a great goofy photo on the front that features all of the young rock DJs at LS in front of a large silver dollar! Titles include "But I Do" by Clarence Henry, "So Fine" by The Fiestas, "A Thousand Stars" by Kathy Young, "Money" by Barrett Strong, "Tonight I Fell In Love" by The Tokens, and "Oh Julie" by The Crescendos.  © 1996-2021, Dusty Groove, Inc.
(Original pressing. Cover has split seams held with clear tape, some wear, and aging.)

Back To My Roots
Chess, 1976. Near Mint-
LP...$24.99
A really great record from Solomon Burke – and one that's quite different than his early work on Atlantic Records! Solomon's not going for his roots, and instead works with help from Sylvia Robinson and the team over at All-Platinum Records – to get kind of a pre-Sugarhill dose of ... LP, Vinyl record album

Wayne Cochran!
Chess, 1968. Very Good Gatefold
LP...$14.99
Wild stuff! White singer Wayne Cochran looks like he should be a rockabilly star – right down to his big ol' pompadour haircut – but this early album of his for Chess is actually a tight batch of groovers that holds a nice appeal to fans of late 60s funk! Cochran's got a raw Wilson ... LP, Vinyl record album