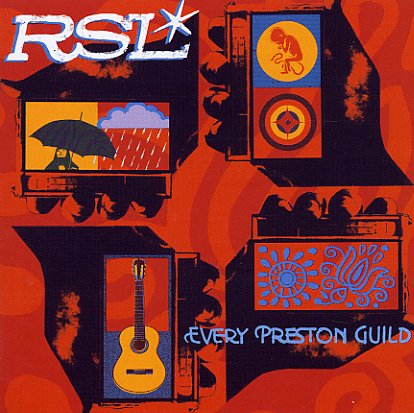 A much-needed full length set from RSL – a trio who've grabbed plenty of attention with their initial singles, but who sound even better on an extended session! The group's got some instrumentation that's very much after our hearts – Fender Rhodes, organ, and theremin – all used together in a warm wash of sound that's matched with some pretty intriguing rhythms! And although RSL first came to prominence through their dancefloor work, the overall feel of the album is much more spacious – strongly concerned with soundshapes and tone, and often featuring some acoustic Latin elements sliding through the mix alongside vocals from guest singers Julie Gordon and Susana Montero. Titles include "The Mast", "Star", "Cae La Lluvia", "Inside Looking Out", "Parga Wine", "Wesley Music", "The Plunge", and "The Magic Of Spain".  © 1996-2021, Dusty Groove, Inc.