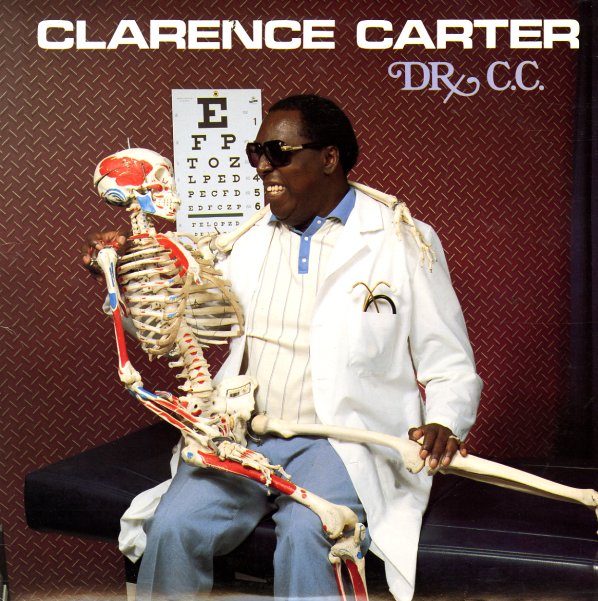 Although this one's the bane to Clarence's earlier reputation, it's also the album that has him earning waaaaay more money than most of his late 60s southern soul contemporaries! The record snuck onto the market in 1986, one of the many so-so releases of bluesy southern soul on the Ichiban label from Atlanta. The spirit of the record is still in that of Clarence's earlier work, although the execution's got a really tinny quality. However, that didn't stop the song "Strokin" from becoming a huge underground hit – almost in the mode of early 50s R&B, in which the track's off-color sexuality was popularized by word-of-mouth, and spread from underground soul and blues audiences to frat boys, party crowds, and Saturday night beer drinkers, who seemed to play the track endlessly on jukeboxes throughout the 90s. We've got no real documentation, but we'd guess that Clarence probably made at least a million off the cut over the past 15 years – and more power to him for that, too! Other titles include "Let's Funk", "Dr CC", "I Stayed Away Too Long", and "If You Let Me Take You Home".  © 1996-2021, Dusty Groove, Inc.
(Cover has a bumped corner.)

Nina Simone At Newport
Colpix, 1960. Near Mint-
LP...$14.99
A key early moment for Nina Simone – recorded live at Newport in 1960, at a time when the festival was one of the most important showcases for groundbreaking jazz – and a perfect setting for Nina to really let loose in that righteous style that would fuel her career during the 60s! ... LP, Vinyl record album