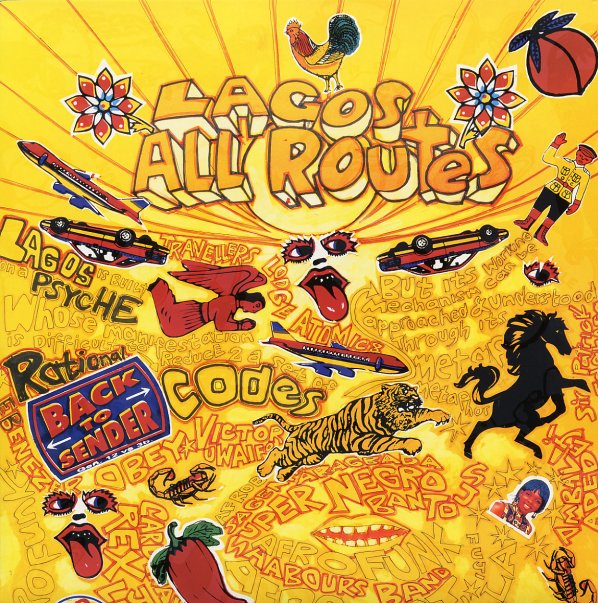 A stellar batch of Afro funk and native groove from Lagos! Strains of western funk and soulful sounds work their way into the material – thanks again to Fela's mighty influence – but there's a lot more to it! Simmering along with the Afro funk and soul are some truly riveting native folk sounds – filtered through many of the modern influence that make the funk stuff so compelling – but providing a much more natively learned groove. It's a totally fresh perspectived – focused on the Lagos territory – but an incredible listen to anyone, anywhere, with a pair of ears! 15 tracks in all: "Eyi Yato/Elere Ni Wa" by Chief Commander Ebenezer Obey And His Inter-Reformers Band, "Joromi" by Sir Victor Uwaifo, "Sowambe" by Sagbeni Aragbada, "Professional Super Bantous" by Super Negro Bantopus, "Ole Obinrin" by Ambali Adedeji, "Da Wa Lohun" by Harbors Band, "Moonlight Highlife" by Dr Victor Olaiya and more!  © 1996-2022, Dusty Groove, Inc.