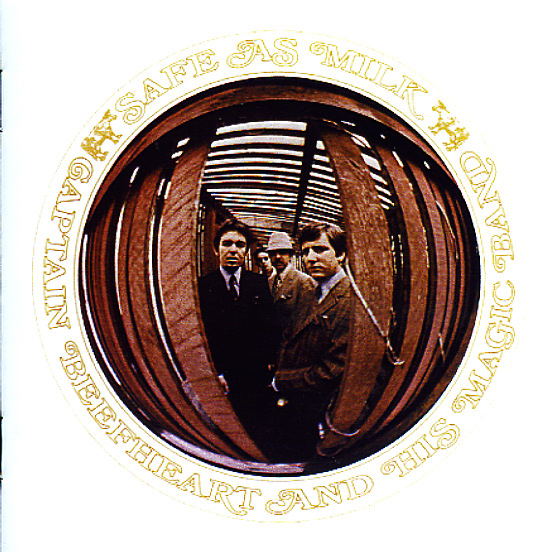 Mindblowing music from Captain Beefheart & The Magic Band – a record that's got plenty of garagey grit at the core, but which also has a heady freak rock vibe overall! The 1967 album really captures this perfect moment – one when so many artists like Don Van Vliet had their feet in older rockish modes, but were really tripping out with new ideas – able to get nice and freaky in the course of a short tune, yet still never lose a groove that really helped send the music home! In other words, there's nothing too hippieish about the record, and nothing that's ever too self-indulgent – yet the blend of organ, guitar, and drums is completely mindblowing – and as revolutionary today as it was back then. Titles include "Abba Zabba", "Dropout Boogie", "Zig Zag Wanderer", "Electricity", "Yellow Brick Road", "Grown So Ugly", and "Autumn's Child".  © 1996-2021, Dusty Groove, Inc.
(70s kaleidoscope label stereo pressing. Cover has some wear and aging, with small seam splits.)

Four Sides Of Melanie
Buddah, 1972. Very Good 2LP Gatefold
LP...$9.99
A classic double-length set from folk rock crossover giant Melanie – a special package that features material from some of her previous Buddah albums, mixed with some new material too! The record features four different sides of the singer's talents – her formative years, her hits, her ... LP, Vinyl record album

Sacrifice
United Artists, 1970. Sealed Gatefold
LP...$29.99
A heavy rock classic, with just the sort of eerie vibe you'd expect – on titles that include "Attack Of The Demon", "Come To The Sabbat", "Way To Power", and "Conjuration". Features Kip Trever on lead vocals – and Jim Gannon on guitar and vibes! LP, Vinyl record album