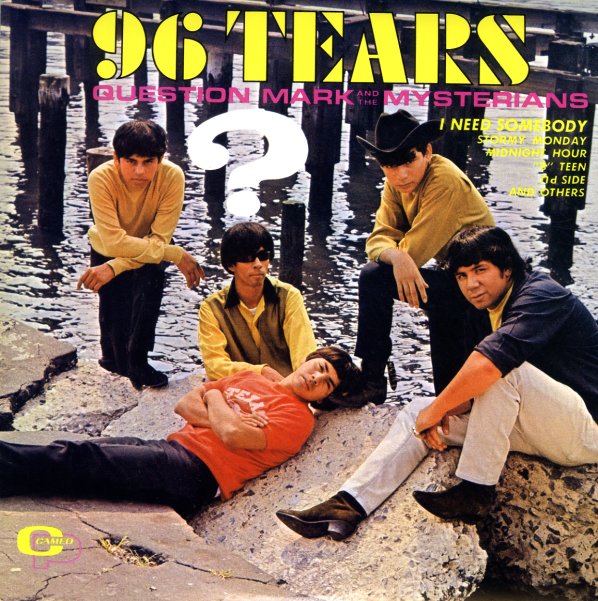 A garage psych classic from Question Mark & The Mysterians – the kind of once-in-a-lifetime album that still sounds pretty darn great today! The group are known, of course, for their huge hit "96 Tears" – and the rest of the album's done in a very similar mode – with lots of thin guitars, that wild tinny organ sound, and some great rough-hewn vocals from Question Mark himself! Includes some great originals like "I Need Somebody", "You're Telling Me Lies", "Ten O'Clock", "Set Aside", and "Upside" – as well as a great version of "Stormy Monday"!  © 1996-2021, Dusty Groove, Inc.
(180 gram vinyl pressing on Real Gone Music from 2011. Shrinkwrap has a promo sticker on back.)

You Be A Disc Jockey – UBADJ
Cameo, Mid 60s. Very Good+
LP...$14.99
A very cool concept record – put together by DJ Don Bruce – with one side that features music from Cameo Records, and another that let's you put in your voice to be the DJ! Features tracks by The Tymes, Rays, Dee Dee Sharp, The Orlons, Tootie & The Bouquets, and The Dovells! LP, Vinyl record album