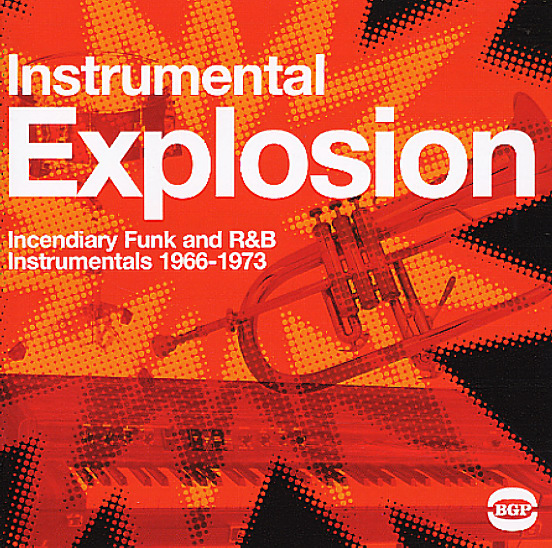 Funky funky funky – way more so than you might think from the hokey title! The set's overflowing with rare instrumentals pulled from the indie label and funky 45 underground of the late 60s and early 70s – very much in the spirit of the Super Funk compilations on BGP, but almost harder-hitting, as the groove's completely without vocals overall – and the range of material is even more obscure than some of the usual BGP/Ace bits! The combos on the set range from rocking R&B combos to early funky jazz outfits – and the recording quality on most of these tracks is nice and rough and ready – with just the right edge to send over these cuts even more! Titles include "More Soul" by Ron Buford, "Ninety Eight Cents Plus Tax" by Detroit City Limits, "Chocolate Cherry" by Joe Tex Band, "Humpin" by Frank Armstrong & The Stingers, "Stokin" by Leon Ferguson & The Groove Tones, "Thing" by Lowell Fulsom, "Sundance (part 1)" by Lorenzo Holden, "Put Your Weight On It (part 1)" by Fillmore Street Soul Rebellion, "Roly Poly Mickey Lolich" by The Fans, and "Bad On Bad" by Chet Ivey & His Fabulous Avengers.  © 1996-2021, Dusty Groove, Inc.