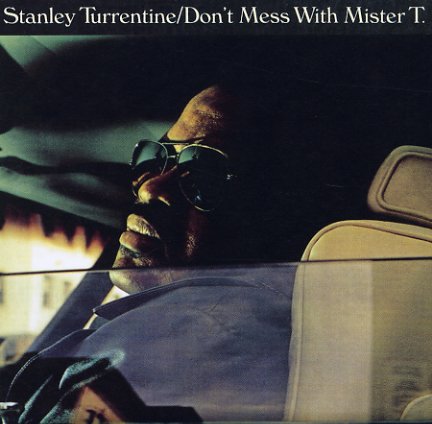 Stanley Turrentine meets Bob James – on a record that's one of the 70s classics on CTI! Bob James handles the arrangements – with that laidback, mellowfunky approach to jazz that he helped pioneer at the time – lots of modal chords in the rhythms, and these wonderfully soulful solos by the great Stan himself! James plays keyboards on the set – and Harold Mabern adds some piano too – and the lineup also includes the mighty Eric Gale on guitar, and Idris Muhammad on drums. Titles include the great title cut – a remake of Marvin Gaye's "Don't Mess With Mister T", plus "Too Blue", "Two For T", and "I Could Never Repay Your Love".  © 1996-2021, Dusty Groove, Inc.
(Cover is in nice shape.)

Use The Stairs
Fantasy, 1980. Near Mint-
LP...$6.99
Use The Stairs is a near-forgotten date from 1980 – recorded at a time when Stanley Turrentine was still steeped in the fuller arrangements picked up during his CTI years – blowing beautifully as a soloist in the larger setting! The sound here is plenty darn hip – thanks to ... LP, Vinyl record album