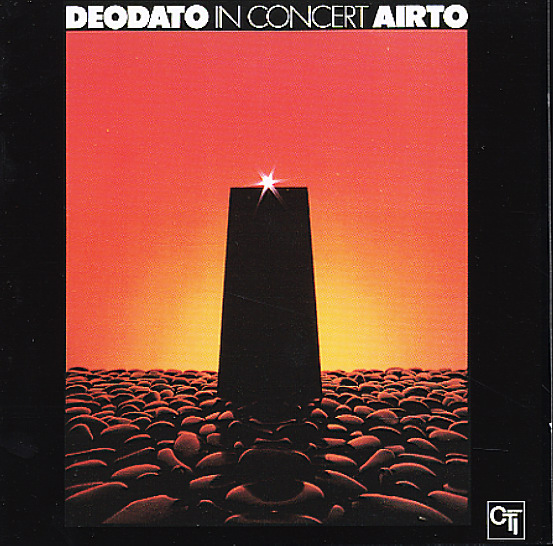 An excellent little live set from Deodato – hard to believe because the sound's just as tight and funky as his studio albums, and possibly even more interesting because he manages to pull it off equally well in a live setting! The record features percussion by Airto, guitar by John Tropea, and vocals by Flora Purim – and those are just the marquee names of a large and amazing grew of great musicians! All tracks are long and complicated, for very hynotic feel throughout. The funkiest number is "Tropea", which has a nice long 8 minute groove – and the set also features a cover of Steely Dan's "Do It Again", plus the tracks "Parana", "Branches", "Baubles, Bangles And Beads" and "Skyscraper". Amazing!  © 1996-2022, Dusty Groove, Inc.
(Includes CTI inner sleeve. Cover has light ring wear.)

One On One
CTI, 1979. Near Mint- Gatefold
LP...$7.99
A mellow mainstream fusion classic from the 70s – one that paired the gentle guitar of Earl Klugh with the sweet keyboards of Bob James – in a set that's filled with plenty of warm and laidback touches! The mode here takes off some of the darker edges from James' earlier sound, and ... LP, Vinyl record album