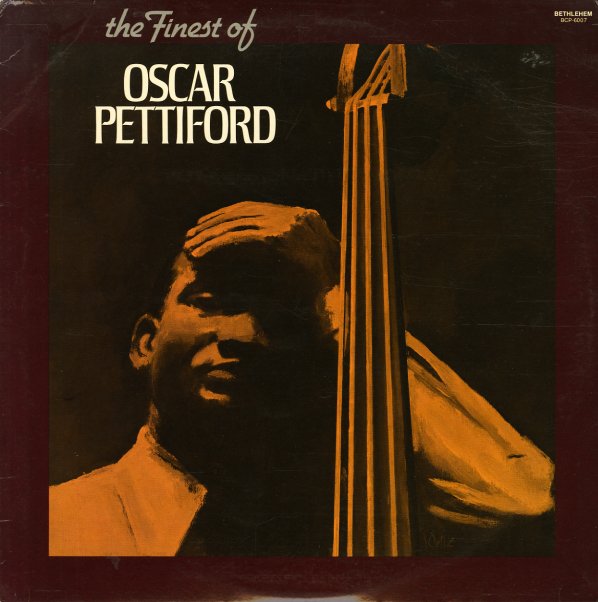 Finest Of Oscar Pettiford (aka Another One)

Don't let the Another One title make you think this is some passable record that repeats earlier ideas – because the set is a real gem in the 50s catalog of bassist Oscar Pettiford, and one of his strongest dates as a leader! Pettiford really sparkles here – leading a great group that features key 50s modernists like Gigi Gryce on alto, Jerome Richardson on tenor, Bob Brookmeyer on trombone, and Donald Byrd on trumpet – all tightly arranged at most moments, but given enough space on the set to strike out and state their own ideas. Pettiford's bass is wonderfully upfront in the mix, leading off most tunes with a nice sense of force – and titles include some really wonderful original material – like "Oscalypso", "Don't Squawk", "Bohemia After Dark", "Minor Seventh Heaven", and "Kamman's A Comin".  © 1996-2022, Dusty Groove, Inc.
(70s pressing. Cover has light wear and a cutout notch.)

Stardust – The Bethlehem Years (aka Motor City Scene)
Bethlehem, 1960. Near Mint-
LP...$14.99
One of the most hard-hitting sessions ever recorded for the Bethlehem label – and a rare date for the imprint by the team of trumpeter Donald Byrd and saxophonist Pepper Adams! The style here is similar to work the pair recorded for Riverside and Blue Note at the same time – razor-sharp ... LP, Vinyl record album