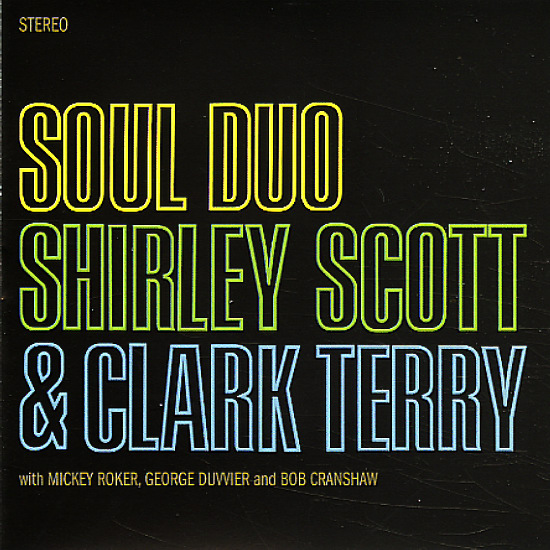 A sweet 60s session from the team of Shirley Scott and Clark Terry – musicians who never played together regularly, but who really work wonders on this unique record! Shirley's got that perfect tone on Hammond she hit during her Impulse Records years – a groove that's leaner and cleaner than Prestige sessions of a few years before – and Terry's got that cool mix of muted sounds and soulful undercurrents that really shown during his work with Bob Brookmeyer – a surprisingly great mix here for Scott's organ lines, especially when mixed with the great grooves of the rhythm section! The set features Mickey Roker on drums, and either Bob Cranshaw or George Duvivier on bass – and titles include "Heat Wave", "Taj Mahal", "Clark Bars", "Up A Hair", "Soul Duo", and "Joonji".  © 1996-2021, Dusty Groove, Inc.
(Rainbow label pressing. Cover has a small cutout hole, but is otherwise very nice.)