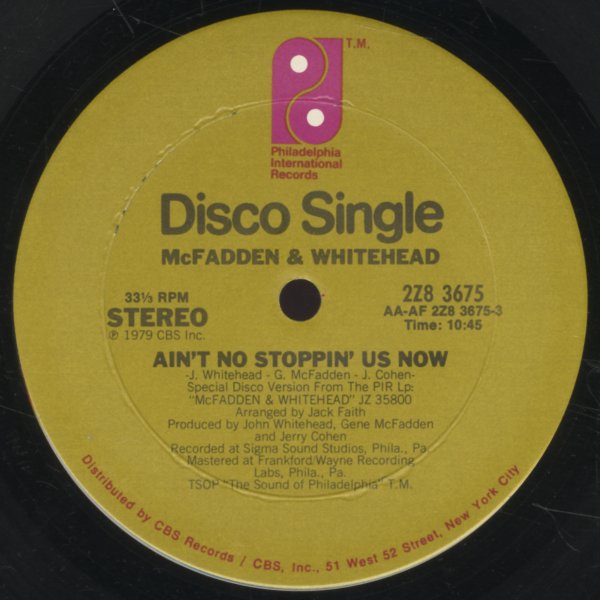 Ain't No Stoppin Us Now/You Can't Have My Love

A dancefloor anthem! "Ain't No Stoppin Us Now" is one of those cuts you never tire of. For years and years, you've heard it on the dancefloor – and play after play, it still sounds fantastic. The cut's served up here in a long 7 minute version – and it's backed by the Jones Girls' great "You Can't Have My Love", an excellent 80s groove track that they cut with Keni Burke!  © 1996-2021, Dusty Groove, Inc.