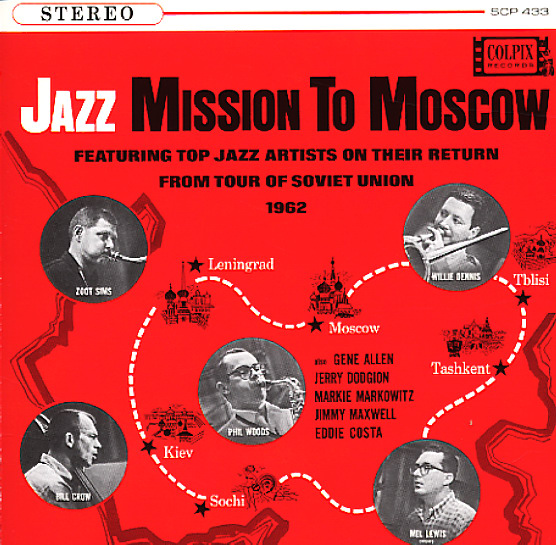 Jazz from the heart of the cold war – not actually recorded in Moscow, but featuring a bunch of hip players on their return from a tour of the Soviet Union – a historic moment in which west met east, with some groovy jazz in the offing! Apart from the tenor of Zoot Sims and alto of Phil Woods, the record also features flute and alto from Jerry Dodgion, trombone from Willie Dennis, trumpets from Markie Markowitz and Jimmy Maxwell, and piano from Eddie Costa – and the set features arrangements from Al Cohn on tracks that hit the 5 minute range – tight at the top, with breakaway solos, as you might hear during some of the Cohn/Sims sides for RCA during the 50s! Titles include "Let's Dance", "Mission To Moscow", "The Sochi Boatman", and the obligatory "Russian Lullaby".  © 1996-2021, Dusty Groove, Inc.
(Mono gold label pressing with deep groove.)

Did You Call?
Nessa, 1972. Near Mint-
LP...$8.99
Excellent late 70s issue of a date from a few years earlier, of Ben playing with a pickup European rhythm section. The intimate setting and responsive younger players cast Webster's warm tenor in a great light, and his playing at this point was continuing to develop, with a nice burnished ... LP, Vinyl record album